Have you noticed the growing trend of zero waste, the customers' call for the restriction of disposable plastics, and how the countries prohibit single-use plastics one after the other? Solubag accepts this challenge and brings an unprecedented invention with the potential to completely replace the plastics around us, without generating more waste.

In nature decomposes within 180 days into common soil components

Tailor-made solution
- dissolves in water temperature
of your choice 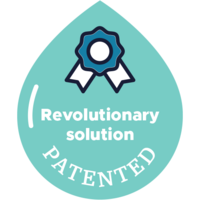 The disposal is incredibly easy, fast, and harmless to nature: you can dissolve Solubag in water of a certain temperature. The new material brings a completely ecological disposal and the end of "the age of plastics". Show your customers that you are not indifferent to the future of our planet and offer them small bags and carrier bags made from Solubag.

Solubag is a revolutionary material. At first glance it resembles general plastic bag but its texture is different to touch. Solubag material qualities are:

How does it work

Solubag is based on patented technology. It contains polyvinyl alcohol (PVA), which is usually made from crude oil but Solubag found another way. It uses natural gases and common minerals. This results in an environmentally friendly water-soluble substance.

Thanks to this revolutionary composition, the nontoxic bag Solubag quickly dissolves. Simply place the nontoxic bags and carrier bags into the water and stir. They dissolve within minutes. Only the harmless substances that occur naturally remain.

We do not have to use crude oil or biomass

The production of nontoxic bags made from Solubag does not contribute to the discharge of hydrocarbons into the atmosphere. Maize, potatoes, and sugar cane can remain as food and do not have to change into biomass to create material for bioplastics.

Solubag brings the optimal solution to the problem with plastics and fossil fuels, and their ethically problematic bio-based substitutes. 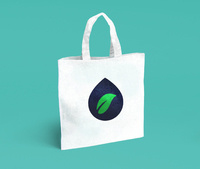 We are currently launching nontoxic and non-woven bags. Both of these products are dissolved in hot water over 85°C. At the same time, Solubag is a material with great potential - what would you say to a garbage bag, crates, gloves, medical masks, food containers, disposable tableware, ... all made from Solubag?

Resistance of small bags and carrier bags can be changed!

Solubag material is amazingly variable. The temperature at which the material dissolves can be adjusted. We can make bags that dissolve in cold water (used in countries with dry climates, e.g. Chile) up to almost boiling temperature. The big advantage is that there is no need to introduce new machines - it is enough to replace the traditional crude oil granules with our revolutionary Solubag granules.

Nontoxic bags and non-woven bags can be printed with different colors, preferably biodegradable. 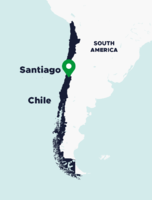 It was a stroke of luck

Solubag was originally created in Chile as a by-product of soluble detergent capsules. In addition, the coast of Chile is trying to solve a major problem with plastic garbage and has become the first South American country to completely ban the sale of disposable plastic bags. Thus, Chilean scientists have dedicated 3 years to developing and innovating this environmentally friendly material. The Chilean company, which has developed Solubag, has had the composition of this material certified by the Food and Drug Administration in Chile, has won the Best Innovation Award from Latin America and has worked with companies in Silicon Valley.

Roberto Astete, the scientist who has discovered Solubag material, may have found the solution to the current problem with plastics and micro-plastics, which do not decompose and are plaguing our planet every day with growing amounts of waste. The safety of Solubag is confirmed by the fact that at each presentation Roberto drinks a the water with dissolved nontoxic bag and he still enjoys good health.

We use cookies to enable the proper functioning and security of our website, and to offer you the best possible user experience.